You Are Here: Fabrication and Characterization of Nanoelectronic Devices and Circuits

Fabrication and Characterization of Nanoelectronic Devices and Circuits 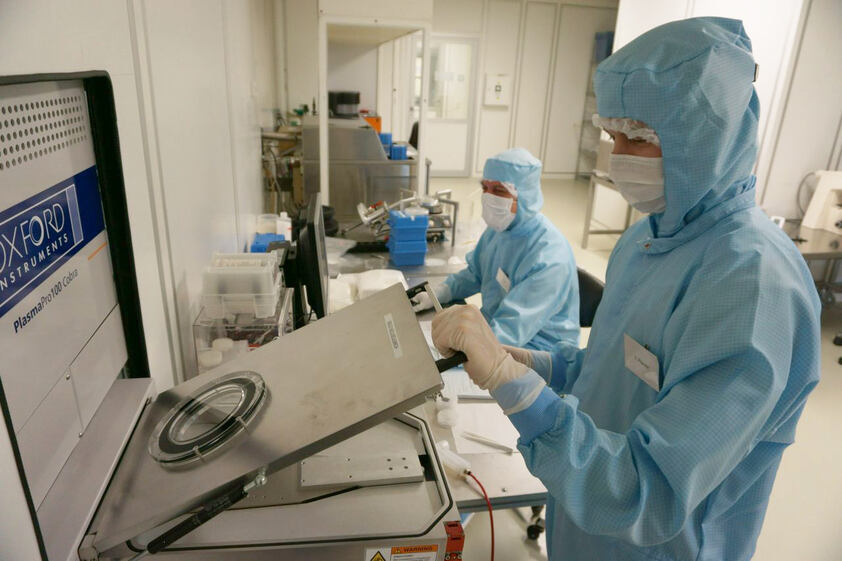 Micro- and nanofabrication is a key enabling technology and used for the manufacturing of highly integrated circuits, micro/nanosystems electro-mechanical systems, integrated silicon photonics, photovoltaics and alike. While the fundamentals and theoretical background of micro-/nanofabrication are provided in the course Solid State Technology, the goal of the present course is to get hands-on experience on the various fabrication and characterization techniques. Instead of a regular lab work course where students usually work on multiple different experiments, this course is different in that students work throughout the entire semester on a single project, namely the fabrication, characterization and analysis of a chip fortified with so-called reconfigurable field-effect transistors (RFETs). In contrast to conventional FETs with fixed n- or p-doped source and drain contacts, RFETs do not employ doping but are equipped with addition, so-called program gates in the source/drain regions. These program gates allow tuning the doping character between n- and p-type depending on the gate voltages applied to the program gates. A third gate is then used to switch the transistor. RFETs are currently investigated intensively since they enable an increased functionality of the devices and hence a reduction of circuit complexity. For instance, with two individual program gates, RFETs can be configured to operate as an n-type, a p-type and even as so-called band-to-band tunnel FET. The latter is a field-effect transistor concept that is suitable for the realization of low power electronics.

Contents of the lecture:

During the course, students work in teams of two on “their” own chip within the Central Laboratory for Micro- and Nanotechnology at RWTH Aachen University. The fabrication and characterization techniques employed include i) optical lithography with a mask aligner and a laser scanner, ii) reactive ion etching, iii) wet chemical processing (e.g. RCA cleaning), iv) rapid thermal oxidation, v) electron beam evaporation, vi) atomic layer deposition, vii) wire bonding as well as confocal optical and scanning electron microscopy, spectroscopic ellipsometry and I-V electrical characterization. The course is complemented with electronic tests and homework assignments that include extracting data from measurements carried out during the lab sessions as well as preparing mask designs for the optical lithography. 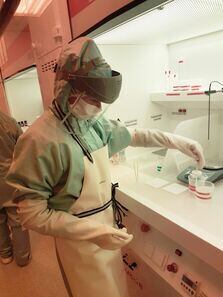 Organization of the Lecture:

The course takes place every week for 3-4.5h and the two students of each team work in an alternating way on the sample. Before each session starts appropriate material will be issued via RWTH’s Moodle platform and student are required to take an electronic test. The tests will be incorporated into the final grading and are mandatory in order to be eligible to participate in a lab session. The first sessions are devoted to the fabrication which will be carried out in CMNT. The last two sessions are then reserved for the electrical characterization. If necessary, students will obtain online access to the measurement setup to finish their measurements. If the fabrication is successful, each chip contains individual RFETs with a single and two individual program gates as well as inverters.

The lecture will be offered regularly during summer terms. Prerequisites to take part are a profound knowledge of semiconductor fabrication technologies (such as provided by the lecture Solid State Technology). Due to space limitations in our cleanroom this course will be limited to maximum of 30 students. Participation is granted on a first come first serve basis.

Instead of a written test, students are required to write a scientific paper including the theoretical background, the fabrication process, the characterization as well as interpretation of the measurement data. Similar to a peer review, feedback will be given to the students by the instructor. The final paper will be used for grading the course and will count for approximately 70% of the mark.